It’s Worth a Moment of Your Time…

In my short lived ventures around the internet, I found this little gem which provides a positive insight into the use of social networking and technology. A breath of fresh air in a world who is so afraid of that which is new, different, or puts us in a state of vulnerability. 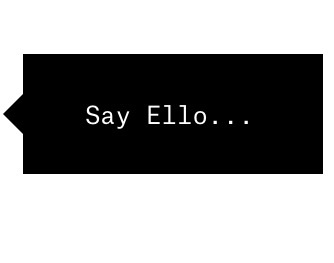 I read a quote on Ello the other day that one of the writers I follow posted. I’m not sure if it was one of her own or from another source, but I found myself wondering about it a great deal.

“Many people, especially in technology say their productivity is changing the world, and this is irrefutable. But no one seems to know what they’re changing it into.”

This is precisely the point I had been trying to make in my computer ethics blog in college, and why I personally believe in the “design for good” movement. I think the use of technology and how to cause change in the world stems from the individual user and their choice, not necessarily the creator of said technology. Though I think the creator is the one who gets the ball rolling, it is the users who manipulate the technology’s usefulness and influence one another. Though, that is more or less dependent on the situation. Without context I get the implication that the quote speaks more on the unpredictability of the technology user to change the world and not necessarily the technology it’s self.

I think when it comes to technology we are too willing to blame situations on the device. Too often I hear parents ridicule their children about phone and computer use, but in the context of the technology. “I should get rid of that damn computer…” Kind of commentary is often times too common, but what it does is dissociates the user from the responsibility. It is not the computers fault that the individual spends so much time on it. It is the choice of the user to spend time on it, and in this particular case, it was someone’s failure to set appropriate boundaries for such use. Weather it be the parent or the child is another story entirely.

To take away the computer is far too extreme. It is useful. It is necessary as well. Technology use causes the world to turn. Most of our educational and work environments require the use of a computer for nearly everything now. Perhaps another case of people’s failure to set boundaries? Feel free to put your thoughts on that in comments below.

I must put a disclaimer as well. There are some technologies that are changing the world for very specific reasons. The above commentary I made speaks more on programs, games, social networks, internet use, apps etc. More socially oriented technology. There are technologies that are made for specific uses, like medical technology, where the goal is to change the medical field for whatever reason, and usually with a passionate cause and predicted out come. In those situations, the use of technology is entirely dependent on the proper functionality if the technology as well as the user, and the outcome is usually predictable because it is being made for a specific goal. That may seem obvious to mention, but I would rather mention it since occasionally, the technology has other outcomes as well that develop into another kind of technology altogether. Much of our popularly used tech was developed from military tech made public once it was found to have a variety of uses.

What are your thoughts on technology development and the quote above? I would love to hear perspectives.

Read a fascinating article about women who shame men online as revenge for harassment. It’s a common problem now, in the age of technology. People often harass each other (because that’s what it is we need not beat around the bush), in online environments. Though people do not often pay attention to what is or is not considered illegal, is online shaming really a good method of altering behavior? Or does it encourage that behavior in a world where the motto is “no publicity is bad publicity?”

An exerpt from The article (which can be read here):

Thirty years ago, a woman in Ramadei’s situation would have no way of determining the identity of a customer like Lederman beyond flipping through the phone book. But today, as We Are Social reports, 40 percent of the world’s population is active on the Internet, with those users operating over 2 billion active social media accounts.

Mind you this article is written from the bias of females who have a passionate investment into their cause, but hey bring up some interesting points. One suggestion they offer:

Perhaps we can’t shame men on the Internet, then, because many of them cannot feel shame, at least within the context of current social structures. Silvan Tomkins observed that shame is a feeling that emerges when enjoyment is interrupted: When we’re caught as children with our hands in the cookie jar, we feel shame because we still want the cookie even though we know we’re not supposed to have it.

If women are the cookies of the Internet, then, they’re cookies that men never feel like they can’t have. Even the tersest of responses on OKCupid is still giving an aggressive user exactly what he wants: interaction. Men’s enjoyment of women—of their bodies, their words, and even their distress—is often so thorough and so adaptable that posting their messages or threatening to call out their behavior online has little to no effect. In the absence of meaningful consequences for misogynistic behavior, many men can afford to be cavalier and carefree about their online personas.

I think everyone feels that way about their online personas. People think they can still hide behind the impression they give on their social media sites, so they become apathetic about the repercussions they could have. It’s as if the online world has stunted the maturity of some people, and has offered them some kind of emotional detachment from any virtual world gone real world consequences.

It is as if they have forgotten that we are dealing with real people, with real feelings, that can really call the cops. Not to mention the emotional effects this can have on both sides. To both parties. Is the male actually feeling shame? Is the female suffering repercussions from haters because of her choice? Is he? We can not know fully since we are not living the lives that these people are, but it is surely is having some kind of effect on their life. They are both humans with dignity after all.

What are your thoughts on online shaming? Have you done it before? Have you been a victim of it? Tell us your story.

In case you need to kill about 45 min.

Smartphone Microscopes, Just in Case You’re Still Afraid of Anthrax in Your Mail.

This isn’t a new idea, but it has certainly come a long way from it’s origins…and become much cheaper in the dawn of technological advances. But, don’t take my word for it. Feel free to see it for yourself.

Are Mobil Devices Hurting Us?

I found this interesting infographic today that gives information on the many ways that Mobile devices could be harming us physically. Personally I hadn’t really thought about it until I saw it. What I like about this particular graphic is not only does it tell you of the problems, but also the solutions and preventative care you can take to keep yourself safe.

A recent news report came across my desktop the other day giving a new insight to current technological developments in health.

The issue: Newer medical technology is being sent overseas before being able to be perchased in America (regardless of whether or not it was developed in America or not).

The reason: Because the FDA’s regulations for medical products use makes marketing new innovations in America more difficult and perhaps are unnecessary all together. Europe has been more willing to purchase and fund such innovations and has made the medical market turn to them first.

Now this information is still tentative because it was taken in regards to a Northwester University survey, and in many cases surveys are biased and therefore must be taken with a grain of salt (any survey can be worded to make a desirable outcome). However, the fact that this survey was even taken is interesting and brings up a very interesting question about whether our FDA’s regulations are necessary and if it’s jeopardizing our medical field in America when there could be a more innovative way. I’d love to hear more in depth info as to why this may (or may not) be happening. But, I was only able to find this little bit of information.

Here is a video I found that explains things a bit further.